This script breathes the spirit of hand lettered signage of the Fifties. Formal, but with a flowing grace not often found in such mannered scripts, it pairs a connecting lowercase with large, distinctive caps that descend below the baseline.

Inspiration for this font came from an old Viennese Bookbindery Shop located in the street I used to live. Ever since I discovered this jewel in 2001 I knew I had to transform this into a font.

To preserve its elegant connections, three complete sets of capital characters and four sets of lowercase characters had to be drawn. Out of these sets, glyphs are automatically chosen by an Opentype Contextual Alternates feature to connect perfectly with their following glyph. 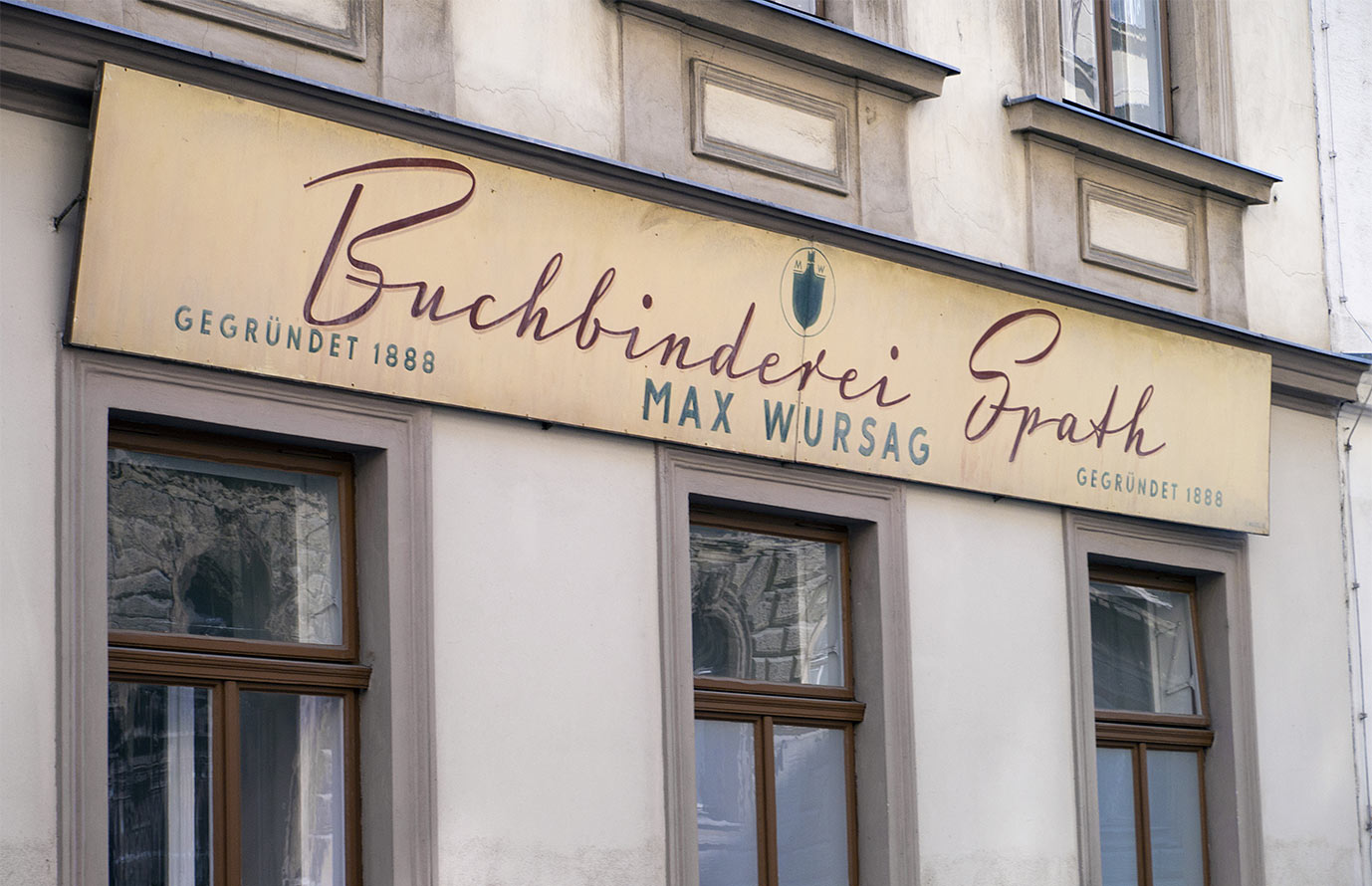 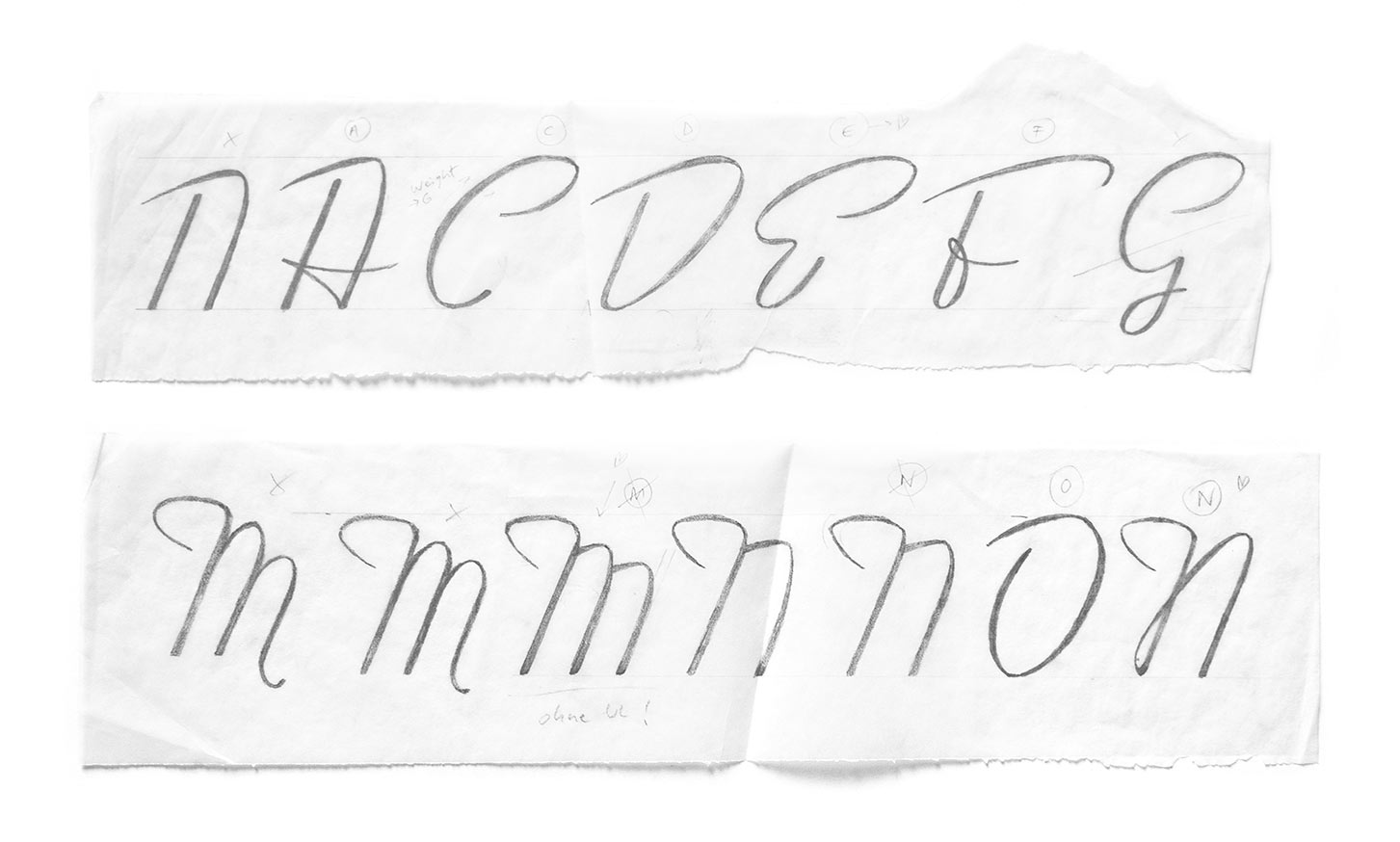